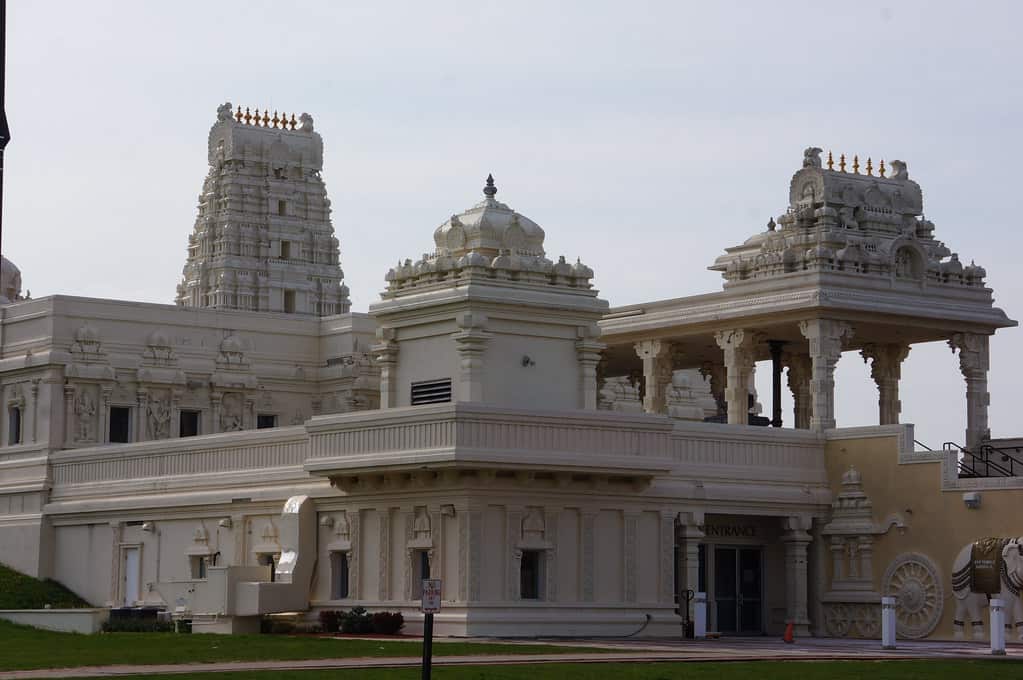 Sightseeing at a Social Distance in Chicago’s West Suburbs

The weather is warming up. You may be feeling the itch to entertain your family outside as the Illinois stay at home order persists on. Authorities continue to recommend keeping a physical distance of six feet from others. So, going outdoors is a good way to safely visit with family and friends who you’ve been missing. Here are a few outdoor activities and attractions you can safely participate in, in the western suburbs of Chicago.

Built in the mid-eighties, the Balaji Temple is a Hindu Temple located in North Aurora, IL. Historically, Hindu Temples have been famous for their connection to Indian culture. The Balaji Temple is no different. Temples similar to these have played an important role in promoting and preserving Indian art forms. Since Hindu worship is heavily focused on music and dance, many temples have become the center for celebrating historical rituals. While you cannot currently enjoy the food or festivities of Hindu culture, you can still experience the architectural awe the temple elicits.

The design of the temple combines ancient Shilpa shastra (Hindu arts and principles) with modern day architecture and served as a model for future temples. If you have the opportunity, take a quick drive out to North Aurora to see this exciting piece of Hindu culture. 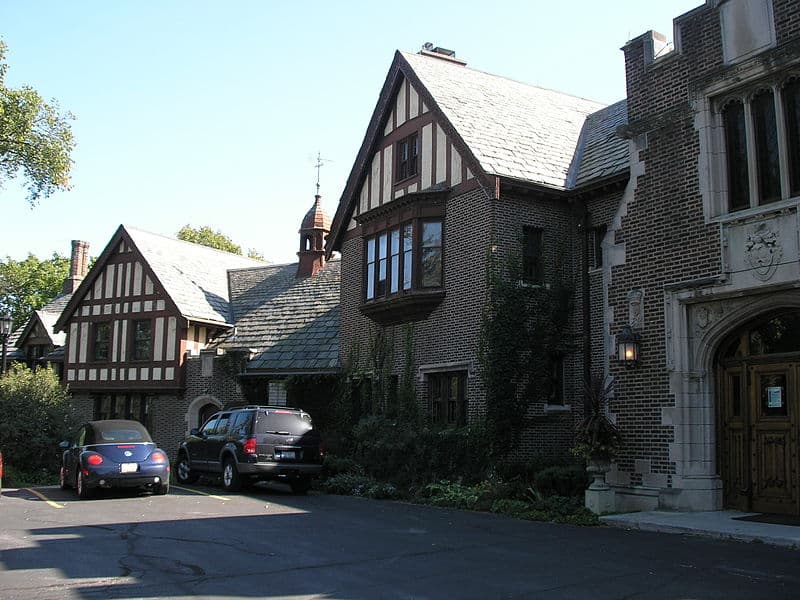 The estate originally boasted more than 840 acres. Benjamin Marshall designed the mansion as a country home for Francis Stuyvesant Peabody. Peabody was an American businessman who made his riches in the coal industry. He was as owner of one of the largest coal companies in the country. It later become Peabody Energy, the largest private sector coal company in the world. Peabody mansion took three years to build. The tycoon named it Mayslake Hall in honor of his late wife and daughter, both named May. Unfortunately, a year after construction was complete, Peabody died of a heart attack and his family sold the estate to the Franciscan Order. The order sold off parts of the estate over time, with the last 87 acres to the Forest Preserve District in 1993. Today, the estate is a popular venue for architectural tours, nature classes, and live performances. While the mansion itself is temporarily closed, the grounds and surrounding forest preserve are still available for visitors to take a walk or view the gorgeous estate.

Oak Park is chock full of homes designed by Frank Lloyd Wright, but here’s a special peek into the life the famous architect. 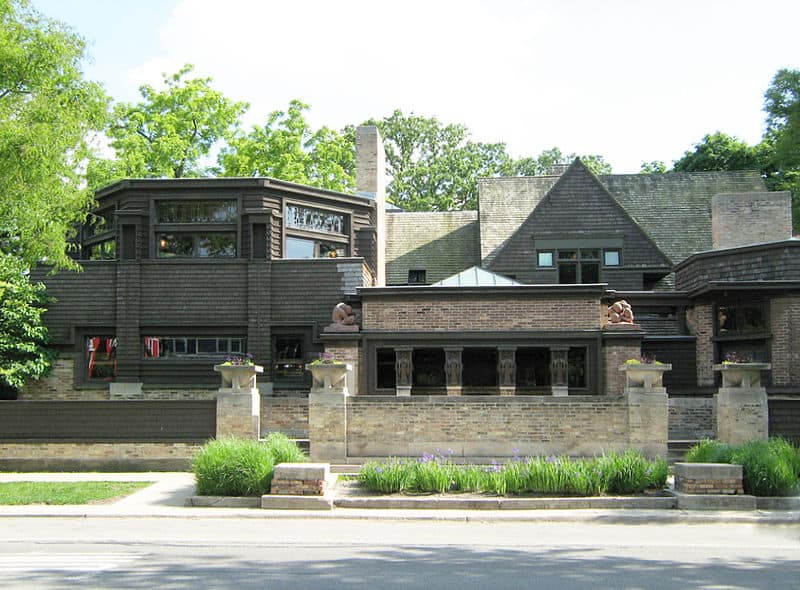 While it’s been over 100 years since Wright lived in the Frank Lloyd Wright Home and Studio, the Frank Lloyd Wright Preservation Trust has restored it to its original state. Wright purchased the home in 1889 with a $5,000 loan from his employer. He spent an extensive amount of time remodeling the small home into what it is today. Wright added his studio in 1898, where he and several other notable architects worked to advance their school, Prairie School of Architecture. Years after Wright’s death, in 1976 the home was declared a National Historic Landmark. Today, visitors can view the home in one of the three historic districts in Oak Park. While tours are typically available, for now the outside alone is worth the visit, especially if you check out the several other homes designed by Wright in Oak Park.

Located in Lombard, IL is Lilacia Park, a 8.5-acre garden specializing in tulips and lilacs. It is completely free and remains open for the public to enjoy as long as they safely social distance. The garden was originally created by Colonel William Plum, a well-known resident of Lombard who helped build the First Church of Lombard and was the first village clerk. One year, Plum and his wife took a trip to Europe and brought back two types of lilac bushes to plant in their garden. Colonel Plum donated his home at his time of death to be Lombard’s first library. In addition, his gardens were to become a park. In 1927, the Lombard Park District commissioned famous landscape architect, Jens Jensen, to design the park. Escape your living room and head over to Lilacia Park to walk through nature, smell the flowers, and observe the bugs and birds. 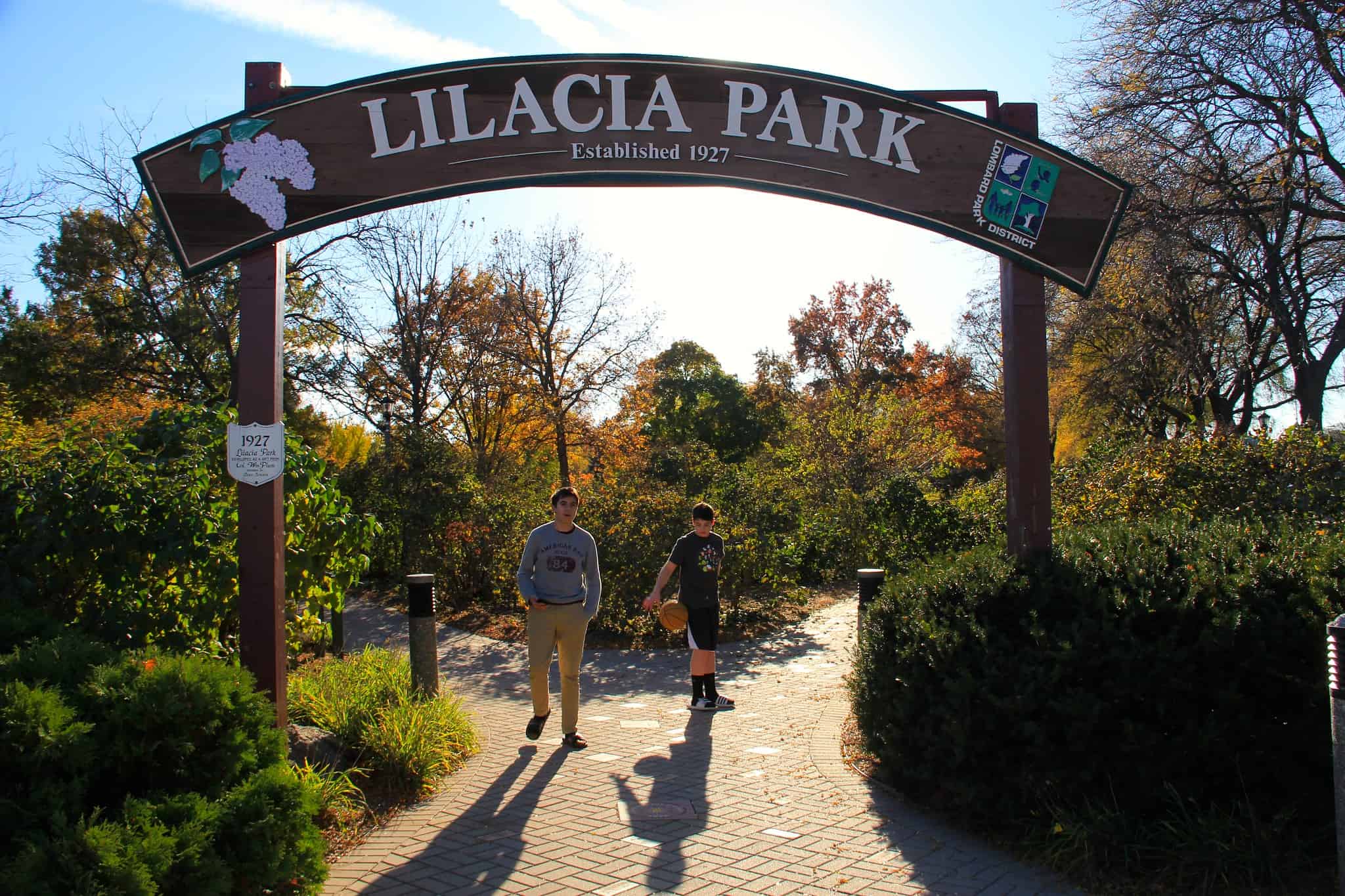 It can be difficult to get a good work out during the lock down, but moving your exercise routine outdoors provides new possibilities. Naperville’s Knoch Knolls Nature Center is your best option to learn a new activity or to take a long walk with your family. While the nature center and all applicable events are closed, there are several features around grounds still open to enjoy: