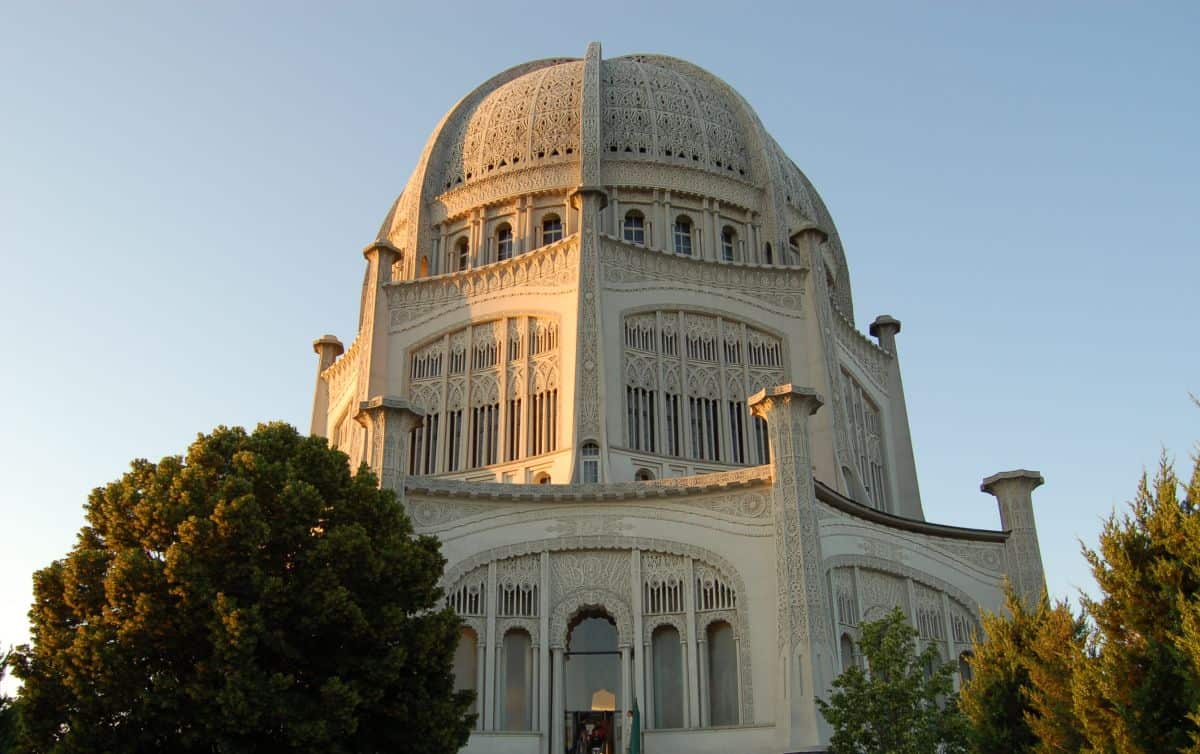 Spring has sprung, and we’ll have to be creative with how we get out and enjoy ourselves while maintaining social distancing. While the Illinois stay at home order is currently active through the end of April, it will likely be extended. Here are some outdoor activities and car trips to reduce cabin fever and engage in something different.

Wadsworth, IL is home to a six-story home shaped like a great Egyptian pyramid. Owners Jim and Linda Onan constructed the home in 1977, plating it with 24-karat gold! The 17,000 square-foot main pyramid had a “triple pyramid” four-car garage. After building the home, the owners realized something was missing. They decided to build a mote all the way around the property. Additionally, they erected a 55-foot statue of Ramses II. After neighbors complained about the gold plates, Jim and Linda had to remove them. 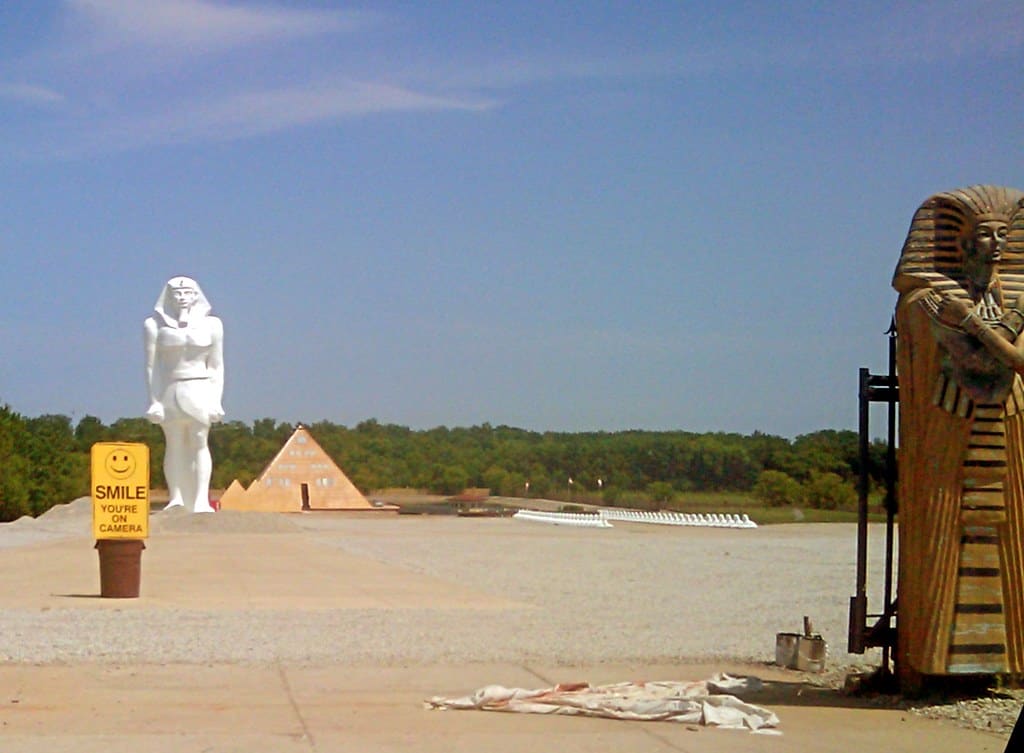 The Egyptian-loving couple explain the property in five simple words:

Due to a fire in 2018, you can no longer take a tour of the inside. But, in social distancing fashion, you can still drive up and catch a glimpse of the exotic home.

Located at 671 Lincoln Avenue, Winnetka, IL, this famous movie house is an eye-catcher. This house sparked the interest of many children at the time to set up traps around their own homes for siblings, parents, and pets. Depicted by famous American filmmaker John Hughes as the quintessential suburban home, the 4,200 square foot residence was built in 1920. Recently, it sold for more than $1.5 million. 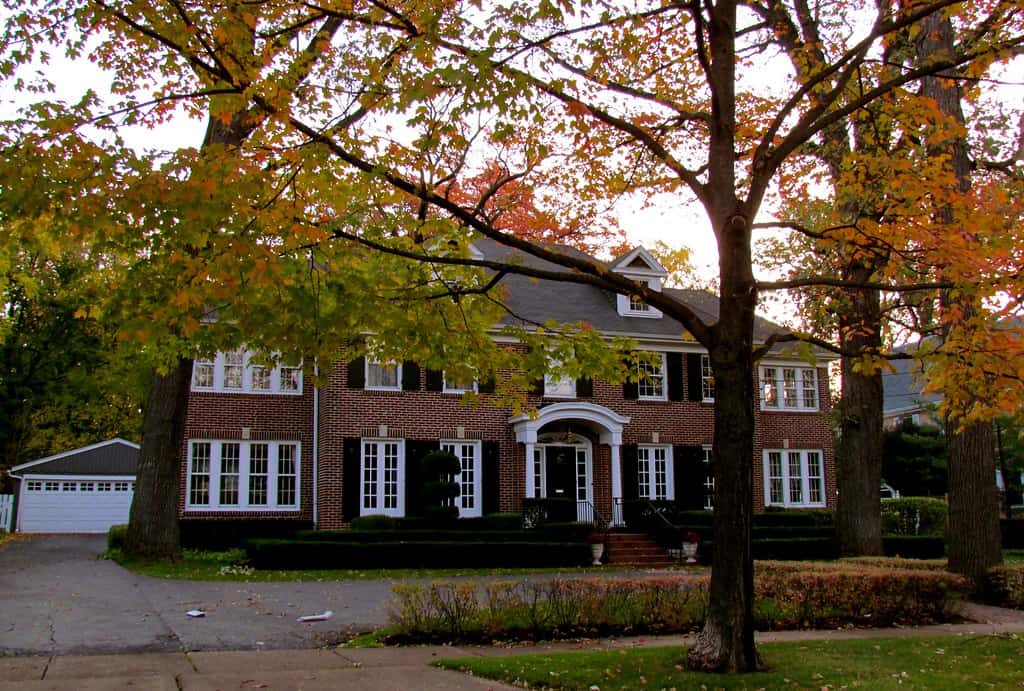 After nearly three decades, neighbors reported that a countless number of sightseers still stop by to view the home.

In addition to the Home Alone House, you may want to check out other nearby John Hughes movie sites such as:

Construction began in the early 1920s on the Bahá’í House of Worship in Wilmette, IL. It is the oldest surviving Bahá’í temple in the world; one of eight continental temples, to represent all of North America. French-Canadian architect Louis Bourgeois constructed the temple per design instructions he received from the head of the Bahá’í  faith at that time. The temple did not open until 1953 due to delays during the Great Depression and World War II. Inside and outside of the building, Bourgeois incorporated many different religious and architectural symbols to represent unity of religion. Ultimately, the temple and the Bahai book store it contains were created for the public to use. Bahai temples are a devotional space for people of any faith. This is a perfect place to observe religious unity with the family or practice meditation by yourself, either inside or on it’s beautiful grounds. By walking the grounds, you can see the stunning architecture and the building’s intricate inscriptions.

After several shipping accidents near the shores of Evanston, IL claimed the lives of more than 300 people, residents lobbied for the construction of a lighthouse. Construction began in 1872 under the supervision of Orlando Metcalf Poe for the now historic Grosse Point Lighthouse. Poe later went on to design eight other “Poe style lighthouses” across the Great Lakes, Michigan, and Illinois. 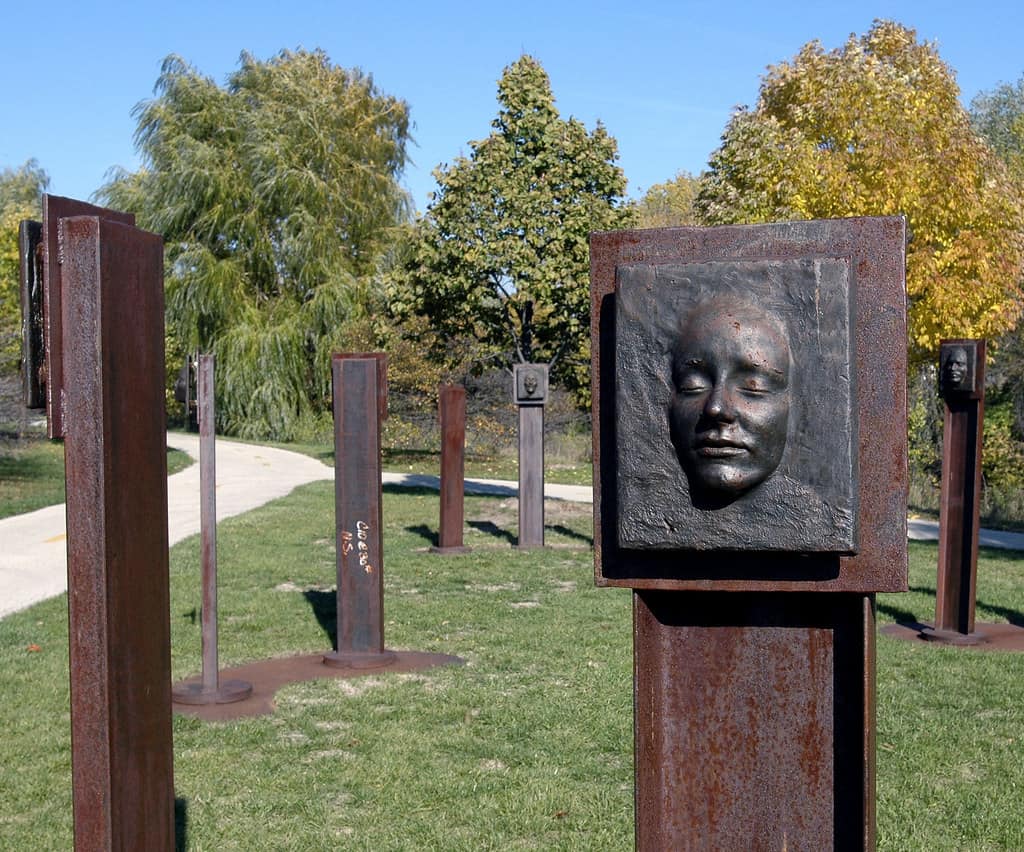 The Skokie Northshore Sculpture Park opened in 1988 in Skokie, IL and has been a hot spot for locals to get outside and appreciate art. Created with a mission to maintain a world-class sculpture exhibition and to provide educational programs, the park is open year-round with free admission. You’ll find it situated on the east side of McCormick Blvd., between Dempster Street and Touhy Avenue. The park is perfect for walking your dog, bicycling, jogging, and is equipped with picnic areas to share a socially-distanced outdoor meal with your family. In addition, there are more than 60 sculptures by local, national, and international reputable artists. To take a self-guided tour of the sculpture park, print out a map ahead of time and enjoy the spring fresh air!

For a list of attractions to social distance at in the southern Chicago suburbs, check out our last article.